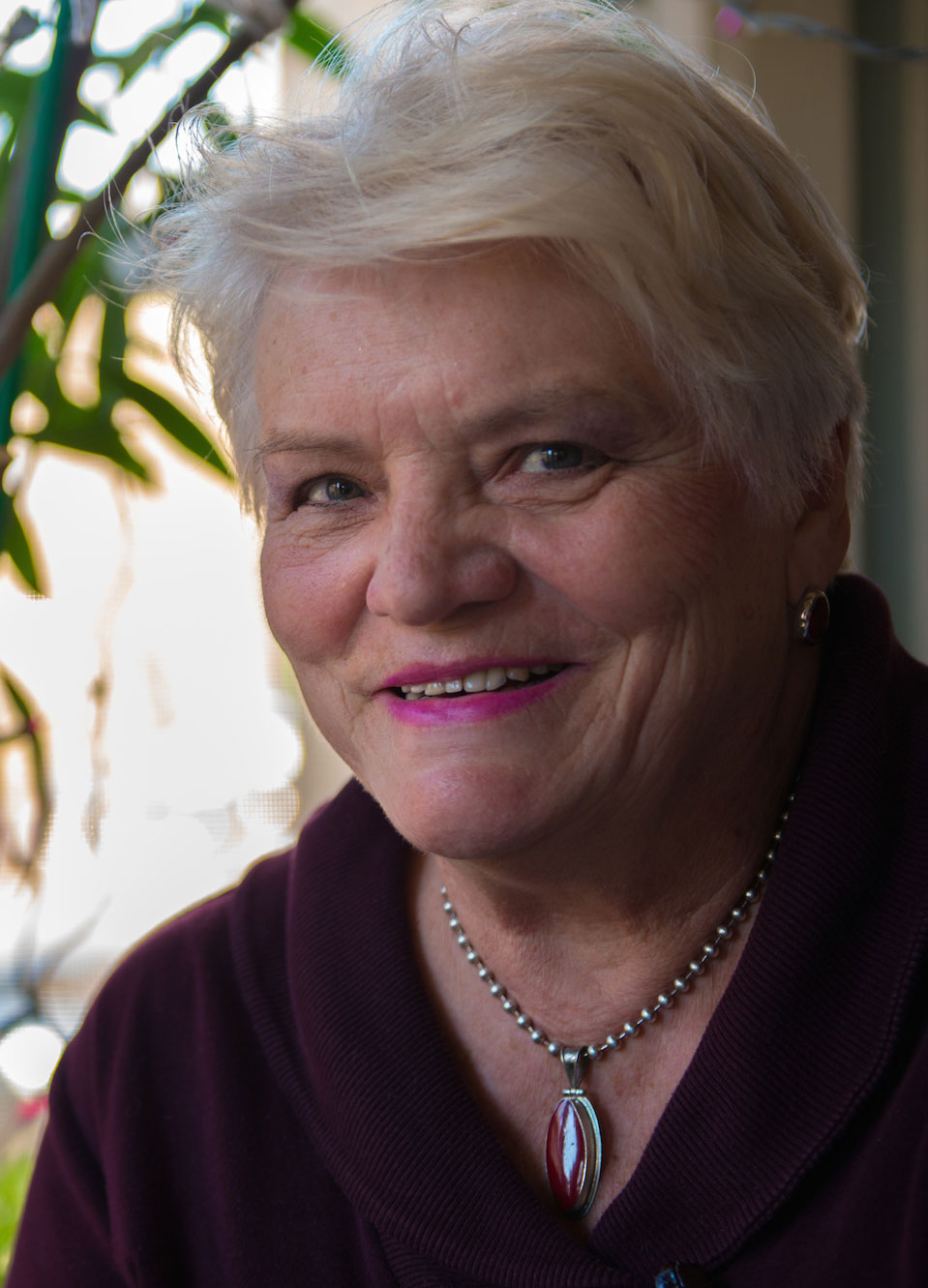 Nadia Horb learned early how to think on her feet. She was born in 1946 in a displaced persons camp in Germany, where her parents were sent after being uprooted from their home in Ukraine and forced to work on German farms during World War II. As a toddler, she moved with the family to Paris. When she was 11, they decamped for Chicago where, contrary to popular European notions, the streets were not paved with gold.

In America, Horb, the oldest of six children, became a survivalist in an immigrant’s sense of the word. She was the first to learn the new language, the new customs, the mysterious habits and expectations that come with a new country.

Her father–Berezecky was the family name–opened a small grocery store in a Ukrainian neighborhood and depended on his young daughter for her rapidly acquired English language and management skills. The early years were lean. Spaghetti with milk was a typical supper.

“For years I couldn’t eat spaghetti after that,” said Horb. “I had no childhood. I worked in the store seven days a week. My father said he couldn’t wait until I finished high school so that I could run the business.”

She had other ideas. “There is no way I’m staying in this store for the rest of my life,” she said. “I saw I wasn’t getting anywhere.”

Instead, Horb did what she’d always done when adapting to new circumstances: she applied deductive reasoning to the process of getting to a better place. The way out of the store, she figured, was through education. And education meant college. And college required money.

At Immaculata High School, she went to the nuns and French teachers in tears. “I want so badly to go to college,” she told them, “but there’s no money.”

Actually, there was, but from a source she hadn’t imagined–the George M. Pullman Educational Foundation. “A teacher came up with the paperwork for the Pullman Foundation Scholarship,” she said. “But I didn’t meet many of the requirements about needing to live in a certain part of the city or having someone in the family who worked for Pullman. The teacher said to fill it out anyway and we’ll pray.”

One requirement was to write a 500-word composition on “what responsibility means to me.” This was a subject that Horb, for whom responsibility was a metaphorical ball and chain, understood.

“Two days before the application was due I sat down and wrote it,” she said. “I wish I had a copy because that’s the thing that proved I was serious about getting a college education.”

Not that she had the traditional college experience. She continued to live at home and work in the store while attending school. She intended to study chemistry, but the extensive lab work conflicted with her duties at the grocery.

Along the way, Horb fell under the spell of the Dominican nuns who taught at the college. “They were feminists, super educated, way ahead of their times,” she said. “They made responsible, well-rounded adults out of all of us.”

She spent her junior year studying in Switzerland, thanks to the Pullman Foundation Scholarship and the $450 round-trip fare on the Queen Mary that she’d scraped together while working in the store. The experience changed her life, instilling in her a love of travel, adventure, and the French language. Upon returning to the states, Horb completed her undergraduate studies and, thanks to a Ford Foundation fellowship earned a master’s degree in French literature from the University of Chicago.

Marriage, children, and her decision to open her own insurance agency–which, at age 69, she continues to operate–interrupted her plans to get a doctorate and teach French at the college level. Not that she has any regrets. As the first in her family to attend college (her parents’ schooling stopped at 8th grade), she was an inspiration to her younger siblings. They worked in the grocery store, too, but weren’t pressured to stay. In a sense, they were beneficiaries of Horb’s Pullman Foundation scholarship.

“My father didn’t want me to go to college,” she said. “But it was fine with him when my brothers did.” Horb blazed the trail. Without her scholarship–without the essay about responsibility–her education and that of her siblings may not have happened. After all these years she can still hardly believe it.

“That someone you didn’t even know had enough faith to gamble on you, to give you money and say let’s see what you can do with it, you have to do the right thing,” she said. “That’s a real motivator. It was truly a gift. That’s why I donate every year–to pay back my debts, to give an opportunity to other students.”

And those other students, the new Pullman Scholars, remind Horb of herself.

“I look at their pictures and there are a lot of immigrants,” she said. “A lot of girls, too. They’re continuing in the same spirit. And they need help with their college expenses. You can’t have an easy life without education. Life is a struggle as it is.”

Horb clearly communicated that spirit to her children. Her three sons are college educated, with one earning a Ph.D. and becoming a research scientist.