Pullman Scholars in Their Own Words: Nathaniel Rodriguez 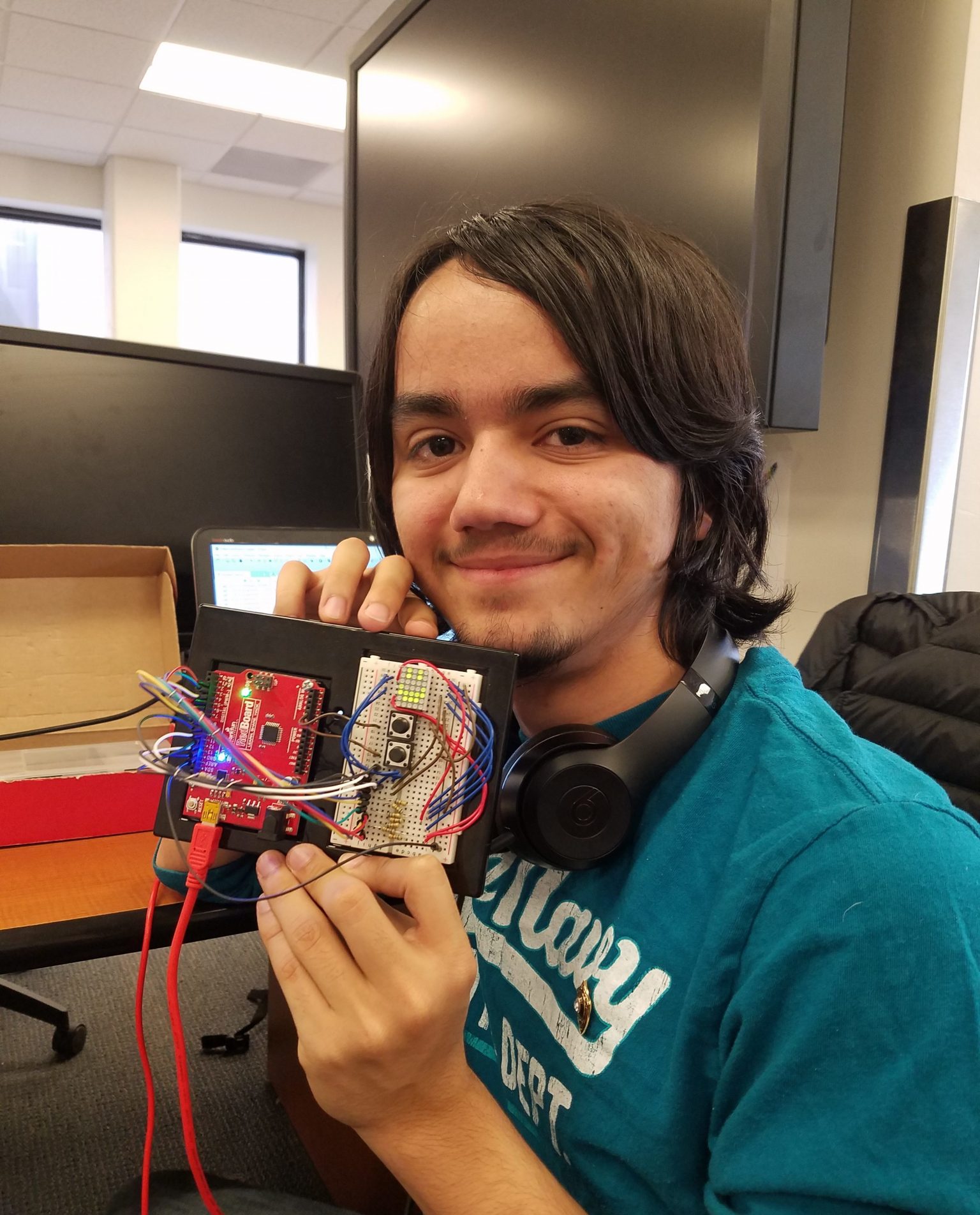 When Nathaniel Rodriguez graduated from Maine West High School in Des Plaines, Illinois, he decided to study electrical engineering at Washington University in Saint Louis. After being awarded a scholarship from the George M. Pullman Educational Foundation, he reflected back on his first semester of being a Pullman Scholar.

What drew you to your college?

“During the final stages of the college search process, I was choosing between three schools: Washington University in St. Louis, Vanderbilt University, and the Colorado School of Mines. Each of them offered phenomenal academics and engineering programs, and generous financial aid packages and scholarships. Initially, those were the two biggest concerns: academics and finances. However, with those two satisfied by each of the three schools I considered, I began to look for community in each of the three schools. My final decision, however, ran counter to what most people typically choose a school for. It was a Friday evening.

“I was touring Washington University’s residence halls during their multicultural celebration weekend and passed by the central dining hall on the South 40, where many underclassmen students live. Projected on the wall on the outside of the dining hall was a game of Super Smash Bros. and about ten people who all took turns playing and having fun. One of the students had noticed me watching and invited me over to play. The community was welcoming despite the academic rigor. I wanted a school in which I could feel at home, and thus, my decision was made: WashU.”

What are your passions or hobbies?

“I am an avid video gamer, but I have also recently gotten into Arduino programming, as an extension of my passion for robotics. Since my sophomore year of high school, I have been heavily involved in robotics and electronics, and have continued my involvement through hands-on classes, labs, and through extracurriculars. A personal goal before I finish college is to build my own miniature Raspberry Pi-powered arcade cabinet, as it bridges many of my interests: video games, robotics, computer programming, and hands-on building. I am also a certified Taekwondo black belt (approx. 4 years of practice and counting), I am learning the piano and have been practicing for about four months, and have joined the WashU chapter of the Society of Hispanic Professional Engineers as a First Year Representative on the executive board.”

What is different about college than high school?

“The first and most immediate difference between high school and college is the amount of freedom you are given. You are treated like an adult, and with that comes both privileges and responsibilities. You get to choose your coursework (definitively more so in later semesters than in your first semester, due to general education requirements) based on your interests. For instance, despite pursuing an engineering degree, I also had the space in my schedule to take a class on gerontology and a class in creative design; they’re fairly unrelated to my major but added much-needed variety to my course load, and quite frankly some of my favorite courses so far.”

“I believe that the greatest value in the Pullman Scholar community lies in reinforcing the idea that you are not alone. There is a lot of pressure in college: the workload is much tougher, you are immersed in a new community, and you are a lot more independent than you are used to being. This screams ‘I do not belong here,’ but the Pullman Scholar community says the opposite. It brings together students from underprivileged and first-generational backgrounds to give them living proof that you do, in fact, belong in college and that you will succeed despite the challenges that arise.”

Keeping the American Dream on Track

Since 1950, the George M. Pullman Educational Foundation has supported over 14,000 students like Nathaniel with merit-based, need-based scholarships so that they may attend the college or university of their choice. Please join the Foundation’s supporters by making a tax-deductible donation in honor of scholars like Nathaniel and support the Pullman Foundation’s mission of Keeping the American Dream on Track.