Rich In Origin and In Possibilities: Gundega Korsts, Beloit College 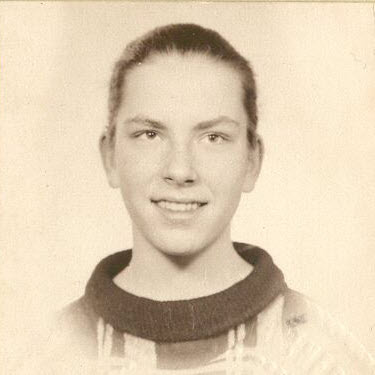 A few years ago, I started getting mailings from the Foundation. I congratulate those who thought of calling on past scholars for present support. It is such a joy to see the new classes of scholars. At times, they feel like my siblings, at other times like my children or grandchildren: family, regardless.

Those mailings informed me that Foundation scholarships are awarded on both merit and need. My mouth fell open. “What?” I asked myself. “Poor families? But we were rich! We had everything!” And then I realized that the “everything” was having each other (despite all the losses of World War II), with paintings on the walls and books in the living room, with conversation, strength, and self-respect. I remembered that this kind of “rich” went along with having very little money. I used to buy an extra half-pint of milk at school (four cents, then), to bring home, so that my mother could have milk in her coffee.

My guess is that such riches abound among all the Pullman Scholars, even if the mix surely varies, and sometimes surfaces reluctantly and despite much worse tragedy and suffering than even we WW II survivor families knew.

I stitched together a good work life by doing anything available to earn a living (waiting tables or typing or running a duplicating machine), but always giving it my all-around best and looking to the next job to use more of my skills. While still in graduate school, I got a job typing for scientists. Boring? Dead end? Not at all. That ordinary job was how I found my calling as a science editor. I had planned on teaching Greek and Latin. Now, instead of merely presenting the beauties of language and the pleasures of thinking to a small number of students, I have clarified, corrected, and polished the publications of hundreds of scientists in dozens of fields, reaching thousands and thousands of other scientists and furthering their work also. I am a very good teacher, but I am an even better science editor. I’m glad in my choices: I have been of use.

All of which started with the George M. Pullman Educational Foundation, to me personified as John H. Munger. You gave me a scholarship specifically to Beloit College, which indeed turned out to be perfect for me.

What would I pass on to young scholars and recent graduates? Don’t take your own No for an answer. Have faith in yourself. Have faith in others. Whatever comes next in life, you can build on it. There’s no set path, but joy awaits you.