TRUST WHAT OTHERS SEE IN YOU: A Pullman Scholar Alumni Feature – Bob Dahl 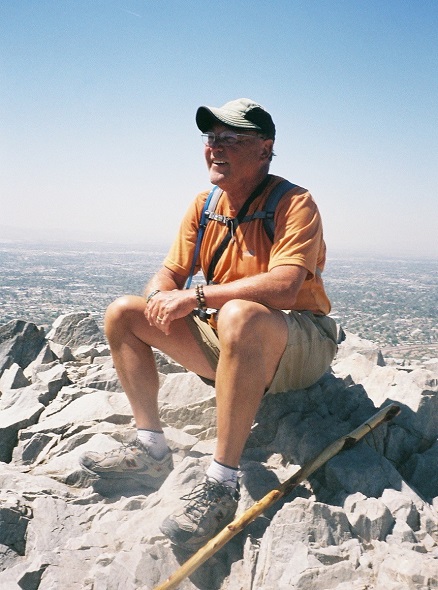 “The Pullman Foundation saw something in me that I did not see in myself at the time,” says Bob Dahl, Pullman Scholar Alumnus, Hope College, 1966. Like many Pullman Scholars, Dahl was ranked high in his high school class and scored well on the ACT. But during his senior year of high school, Dahl’s father passed away suddenly. Dahl struggled emotionally and financially and lost confidence in his own abilities as a graduating high school senior.

Dahl put attending his dream college on hold and enrolled in community college at Thornton Junior College (now South Suburban College). With Dahl’s innate intelligence and encouragement from his mother and his English professor John Stanfield, Dahl made the dean’s list and decided to pursue a Bachelor of Arts degree at Hope College. “There was no evidence at the time that I would make good on this scholarship. But they saw something in me and presented me with the scholarship,” says Dahl.

With support from the Pullman Foundation, Dahl graduated from Hope College with a degree in English and went on to attend and graduate from Western Theological Seminary with a Masters of Divinity. He began writing more for the seminary’s literary publication, started a weekly newsletter editorial, and overall, felt like he was “beginning to fulfill the promise that people had seen in me and that was a very gratifying experience.”

“…they’re probably seeing something wonderful that you’ll probably see in yourself one day.”

As Dahl explains, he had a lot of providential experiences. “All of these experiences came out of an unfortunate experience, but they all worked to the good,” says Dahl. “They all complemented each other so that I wound up in an environment of not only scholastic excellence but of warmth and care.” Dahl went on to receive his Doctor of Ministry degree which was granted with distinction from the Louisville Presbyterian Theological Seminary in 1985, and 26 years later he retired from the ministry with 41 years of service and credentials in three denominations. He now enjoys spending his time writing essays, short stories, and poetry. In 2014, he published a book of musings, vignettes, short stories and poetic reflections on daily experiences, The Ten P.M Walk, with illustrations done by his daughter. They recently finished their second book, The Nine A.M. Jog, and it will be available for purchase next month.

Dahl’s advice to current Pullman Scholars—“Trust the trust that others put in you. Trust what the Pullman Foundation’s sees in you that perhaps even in this moment, you might not see in yourself because they are probably seeing something wonderful that you will probably see in yourself one day.”

*Read the original story in our July Pullman Scholar Alumni Newsletter – On Track.