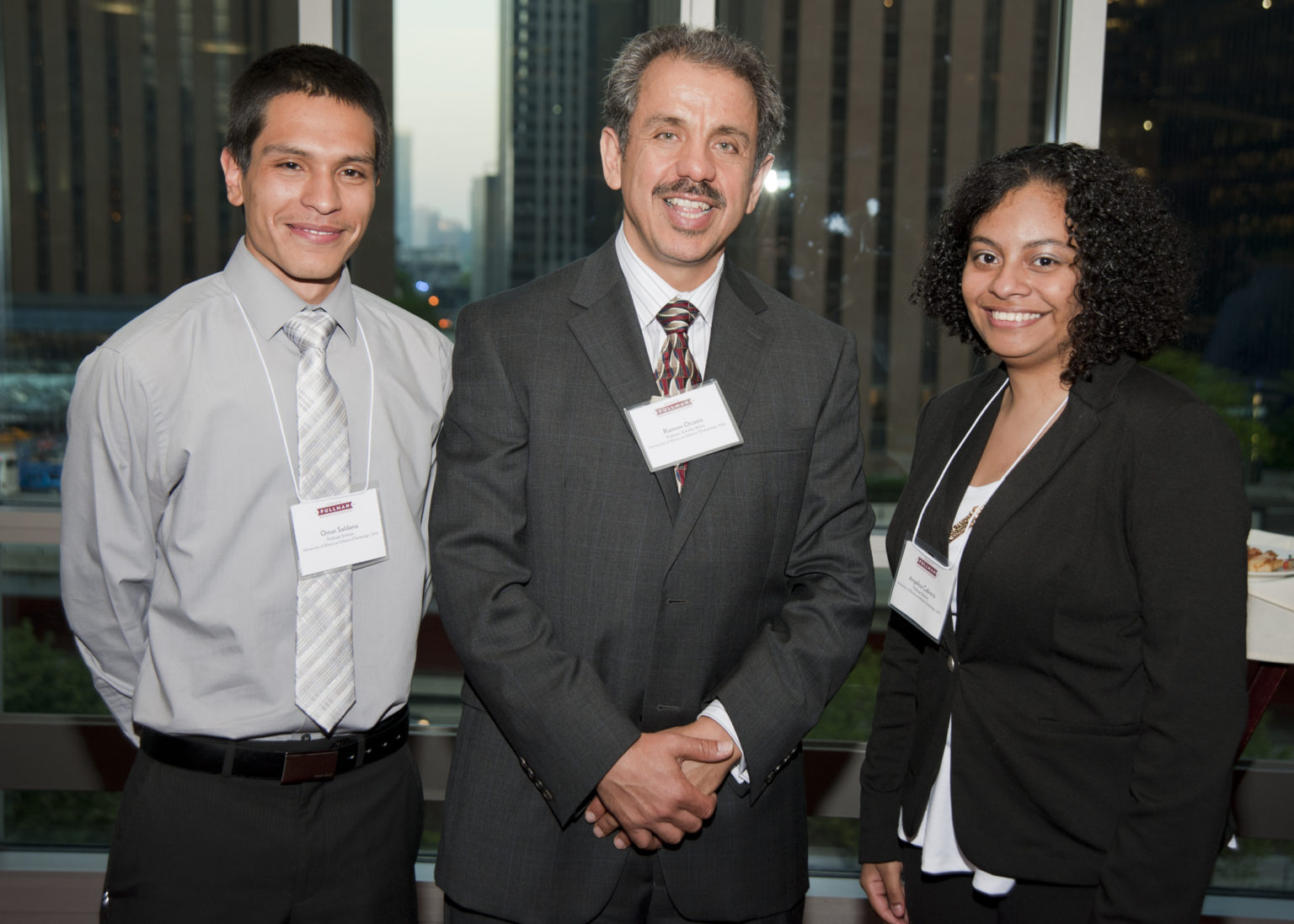 On May 17, 2019, at the 6th Annual Pullman Scholar Symposium, the Honorable Ramon Ocasio III (University of Illinois at Urbana-Champaign, ’85) will be presented with the Foundation’s Most Valuable Alumnus Award for his outstanding commitment to supporting Pullman Scholars.

Scholar Lorena Munoz Ledezma (University of Illinois at Urbana-Champaign, ’17) spoke with Judge Ocasio about his Pullman Foundation Scholarship, his interest in the law, and his path to becoming a circuit court judge. This interview first appeared in the Pullman Foundation’s 2017 Annual Report.

A Legacy of Asking the Correct Questions

Lorena: What steps did you take to ensure that you reached your goal/s?

Ramon: As a Pullman Scholar, I was reminded that the pathway to the top of whatever profession I pursued was predicated on academic excellence. Therefore discipline and hard work were required. When I doubted myself an effective antidote was to reflect on how my mother and father struggled and sacrificed and worked so I could achieve and have a future. My parents always said: You have to have a better life than we did, you have to study and get an education. As a first generation college student, I understood this was an opportunity. Above and beyond working toward academic excellence; I took advantage of several educational opportunities including tutoring, pre-law seminars, establishing relationships with faculty and getting involved with student organizations.

Lorena: When did you come to the realization that you wanted to become a lawyer, and later on a judge?

Ramon: When I was admitted to the University of Illinois Urbana-Champaign I initially thought I would be a math teacher. I was good at math and it seemed at the time that’s what my career path would be. Of course, it’s not uncommon for students to change majors perhaps several times before establishing a course of study. I was drawn and pulled to history and social justice, and law seemed like a career where I could do justice. There were two Puerto Rican law students, visible role models, I met at La Casa Cultural Latina and they encouraged me to consider the law as a profession coupled with the idea of the attorney who takes on the fight for justice and the law was a foregone conclusion.

Lorena: What advice would you give to aspiring lawyers and others?

Ramon: It is the duty of all those who have been given the opportunity to realize a dream, and the good fortune to achieve some success, to return and talk to those who are following behind, to warn those coming behind of the hidden dangers ahead. The advice I would give is this—Find a mentor if you can. Work hard. Believe in yourself. And give back. When the time comes, and it will, you be the mentor, the career day speaker, the teacher, or the role model. Give back.

Lorena: How did the Pullman Foundation assist you in attaining your goals?

Ramon: The Pullman Foundation saw the potential and believed in me and the monies they provided help finance my goals and dreams.

The Honorable Ramon Ocasio is a judge in the Circuit Court of Cook County, first elected in 2006 from the 6th Judicial Subcircuit. As a Pullman Foundation Scholar, he received his bachelor’s degree from the University of Illinois at Urbana-Champaign. He earned his Juris Doctorate from Northeastern University’s School of Law. Lorena Munoz Ledezma graduated from the University of Illinois at Urbana-Champaign in 2017 with a degree in political science with a minor in Spanish.

Make a gift today to support scholars like Judge Ocasio and Lorena.