As a member of the Notre Dame Chorale, the University’s main concert choir, and an Aerospace Engineering major, Juan Velazquez had the perfect opportunity to combine his passions during his STEAM class he took his first year of college. The main project for the class consisted of designing and creating instruments for 300 local fifth-grade students for an interactive percussion performance. Juan learned to 3-D print a whistle mouthpiece, as well as laser-cut a log drum. His experience in this class also led him to an internship this past summer with Springboard Engineering Solutions, where he engineered percussion instruments for a concert this past fall.

Since Juan was young, he enjoyed problem-solving and learning about scientific phenomena. “Especially when it involves solving aerial or space problems, engineering fulfills my desire to solve problems. I also like how the entire engineering field is dynamic; there are always new advancements in the field,” Juan explained as to why he chose Aerospace Engineering as his major.

His participation as a member of the Notre Dame Chorale has been a highlight of his college experience. During his first year, he traveled across the eastern U.S. with the choir, “We would stop at each city, give a concert in a local church, and then stay with local residents who were willing to host students. It was the first time I had the opportunity to travel the country and see the diverse landscapes as well as people. This was one of the best experiences of my life.” Juan also traveled with the choir this past winter break to Louisville, Nashville, New Orleans, and several other cities. 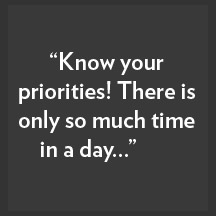 Currently, Juan is working with the Notre Dame Rocket Team to design and build a rocket and an autonomous ground support system as part of the 2015 NASA Student Launch Competition in April. He also recently landed a summer 2015 internship with GE Power and Water in Houston, Texas.

In addition to the variety of experience he has gained in his first two years of college, he highlights a lesson he learned outside of the classroom: “Know your priorities! There is only so much time in a day, and to maximize your time, you have to organize it in a way that agrees with your priorities.”

We know Juan is doing just that, as he is excelling in his studies and life at college. Keep up the great work!

Get to know our Pullman Scholar Michael Glynn,’19, an exercise physiology major at Marquette University.

In his spare time, Michael likes to:  Play sports (especially baseball); cheer on the Bears, Bulls, and Blackhawks; spend time with family and friends; and play with his golden retriever, “Sweetness,” who is named after Walter Payton.

After rocking his first year at Marquette University with a 3.95 GPA, Michael is ready to tackle his second year as an Exercise Physiology major and is a direct admit in Marquette’s Doctorate of Physical Therapy Program. After taking an interest in biology during high school, Michael began looking into the healthcare field. He shadowed a physical therapist at the Illinois Bone and Joint Institute and decided to pursue this career because he wants “to inspire patients and make a difference in their lives” while thinking critically when assessing injuries. Through hard work, dedication, and communication, Michael hopes to be a successful physical therapist and potentially have his own practice. END_OF_DOCUMENT_TOKEN_TO_BE_REPLACED