Peter Stang: His journey as a refugee to earning the US’s highest scientific award 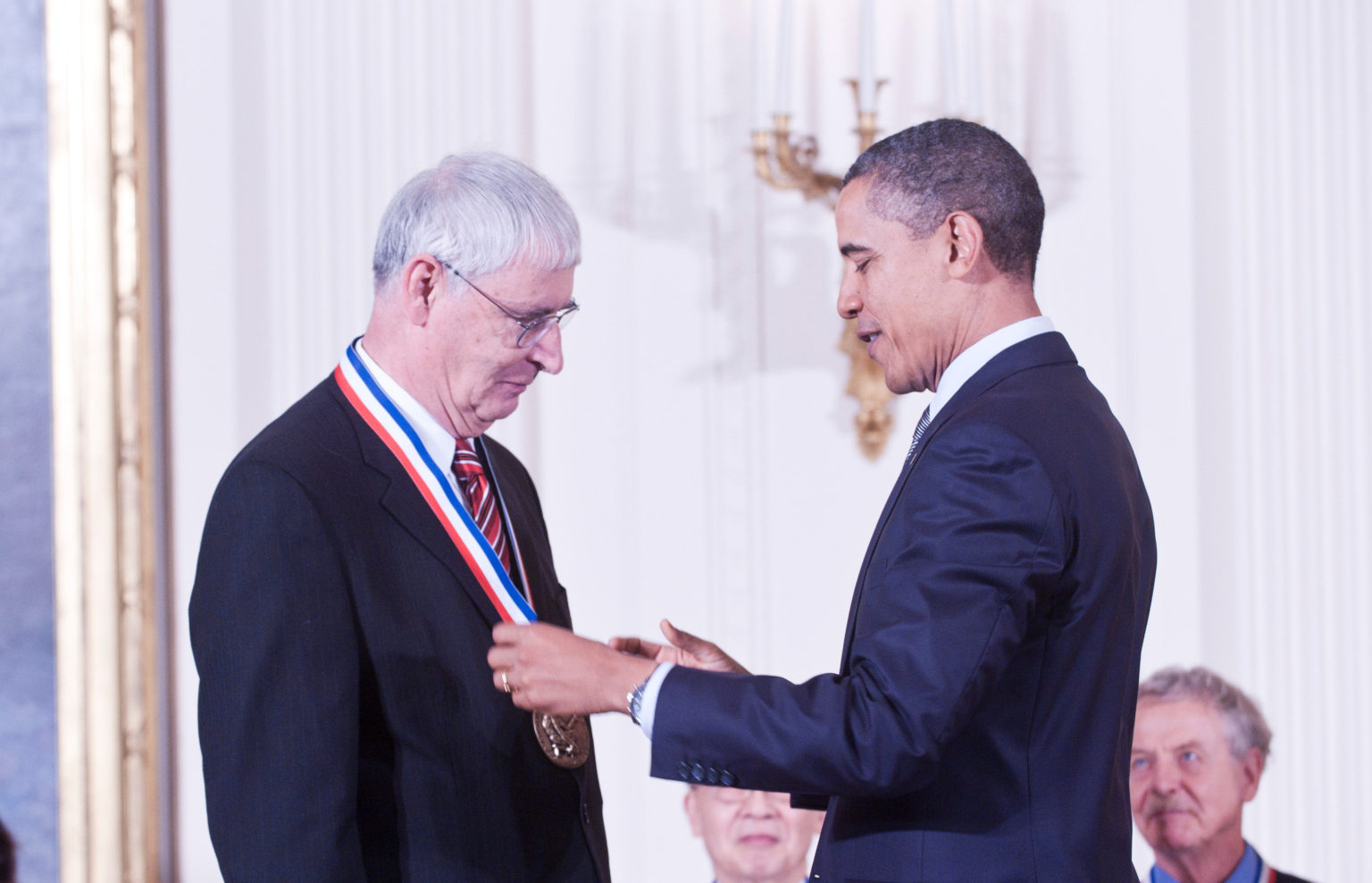 When an eighth grader watches his mother make cabbage and sees the chance to create a scientific indicator, then you know that child is destined to become a chemist.

Today Peter Stang (DePaul University ’63) still experiments and invents … on a scale that’s earned him National Academy of Sciences membership as well as countless national and international awards, including the National Medal of Science and four honorary doctorates.

But he’s walked a complicated path between then and now.

Stang was a teenager during the 1956 Hungarian uprising against Soviet rule. “The revolution was successful for a few days,” he recalls. “Then one night my father, who spoke English, was listening to the BBC on the radio. They reported that three Russian divisions had crossed the border into Hungary. My father announced: ‘Tomorrow, we leave.'”

That night the entire family – Stang, his parents, and two sisters – packed a few things. They caught a westbound train in the morning and disembarked that night to start a 25-mile trek across the Hungarian/Austrian border on foot.

Ultimately, they found their way to Chicago. “I arrived here during my sophomore year in high school,” Stang recalls. “I spoke no English, and I failed American history and English … but I was at the top of my class in math and science.”

“A $500 scholarship may not sound like much today – but back then it made a huge difference to us.”

Stang’s scientific acumen earned him a spot in DePaul University’s freshman class, and the George M. Pullman Educational Foundation made it possible to accept the offer. “I’m sure my father didn’t make a lot of money as a security guard, and he and my mother had three kids to educate,” he says. “A $500 scholarship may not sound like much today – but back then it made a huge difference to us.”

After graduating, Stang earned two prestigious National Institutes of Health fellowships that took him first to the University of California (Berkeley) for his Ph.D. and then to Princeton University for his postdoctoral work. Today he is professor and David P. Gardner Presidential Chair of organic chemistry at the University of Utah.

A luminary in his field, Stang most recently earned accolades for his work with a team that invented, developed, and systematized a way for small organic molecules to self-assemble into larger geometric shapes. These compounds show promise for shrinking tumors and detecting explosives.

Stang attributes his success to hard work and good fortune. Despite a harrowing journey that transplanted him from his Hungarian hometown of 900 to a large American city where he didn’t speak the language, he never lost sight of his priorities. With the help of his Pullman Foundation Scholarship, he was able to shape his life’s work around his extraordinary gift for scientific exploration. “You do your best and hope for some luck,” he says. “Awards are auxiliary. The most important thing is to follow your passion.”